11/08/11
The above comments appeared underneath Peter Madden’s (Christian Democratic Party Candidate) YouTube video ‘Heal our land”, when he called for Christians to attend a prayer meeting in Hyde Park on Mardi Gras parade day. More graphic comments were removed.


This kind of vile vitriol is spewed out every time a religious leader states their uneducated opinion about homosexuality, marriage equality or the LGBT community. But does it further our cause? It probably does nothing more than reinforce the existing stereotype in conservative Christian circles that gays and lesbians are an angry, militant bunch who have no respect for others opinions.

When a debate on marriage equality was planned for Tasmania in July, Jim Wallace from the Australian Christian Lobby and Australian Family Association spokeswoman Terri Kelleher withdrew, citing the amount of “gay hate” they had received as one of the reasons.

Gay rights champion, Rodney Croome, said he was disappointed about the withdrawal as he was  “looking forward to an opportunity to reassure Jim Wallace, and Terri Kelleher that marriage equality advocates like myself want a mature and respectful public discussion about this issue."

Senate candidate for Family First, Wendy Francis, experienced verbal attacks when she made inappropriate comments about the children of same sex couples and was involved in a campaign to remove Adshel's safe sex posters featuring a male gay couple holding each other.

When British journalist Melanie Phillips suggested that “some gay people were in danger of turning into the new McCarthyites by demonising and attempting to silence all who disagreed with the gay rights agenda” she received similar treatment. Tweets suggested that she should be killed. ‘Someone just kill Melanie Phillips please”; “your homo­phobic rant equals that which comes out of a dog’s rectum.  Kill yourself you ****”. She gave an example of an email of similar vein “people like you should be silenced as you insight (sic) bigotry and fear.  Go and suck a tail pipe, get cancer, GET RAN OVER BY A TRAIN.  I hope your ******* house burns down”.

Can you believe this! Death threats are not uncommon in these situations on both sides of the fence.

So there are some crazy, unhinged, fruitcakes on the fringes of both communities. Of course these people do not represent the mainstream any more than the people who set fire to properties demonstrating against corporate greed represent those of us who would like to see more transparency and accountability in matters of finance. In fact they harm the cause. 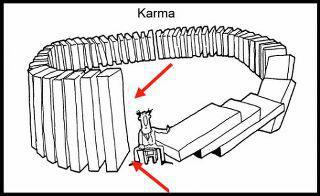 What I find fascinating is that people who respond like this can’t see that they are no better than the people opposing them. It’s a battlefield. On one side you have people yelling abomination, pervert, sodomite and on the other side people yelling homophobe, bigot, hater. Both are hate-filled. It’s hypocritical and lacks integrity to label someone ‘a hater’ if you are using hate speech yourself. Hellooooooo…..look in the mirror.

We seem too quick to label any opinion that is not gay affirming or accepting as “hate speech”…..or label them “homophobic”.

We don’t like the dualistic approaches such as male/female yet often we promote a “you either hate us or accept us” ultimatum. But it isn’t that simple.

There is a continuum that societies and individuals move along concerning LGBT issues; consisting of seven different stages. For decades homosexuality was not accepted in Australian society. Did they all hate us? Some did but not all. Others were approving, some nonchalant and others uncomfortable about the topic.

The continuum works like this. On the left hand extreme we have hatred. On the right hand we have advocacy.  In between we find another five stages such as dislike, discomfort, tolerance and acceptance. Some people who share a different opinion are not haters….and to label them as such reinforces their current opinion and holds up progress.

One of the major contributing factors to people moving along the continuum and becoming more, tolerant, accepting or pro-gay is that they have come to know gay and lesbian people or that a friend or family member has come out. This challenges their pre-conceived ideas, prejudices and stereotyping creating the possibility of a change in understanding and attitudes.


Of course it is not hard to understand the source of vitriol expressed by some in the gay community. Research shows that 40% of gay men and 25% of lesbians experience physical assault and 80% of men and 72% of women experience verbal abuse. The statistics are frightening.

Why have they been the targets of physical or verbal abuse? Not because of anything they have done but simply being who are. Add to this years of oppression, discrimination and rejection by friends, family and church and you are bound to have some very angry people, and when triggered, will project the hurt back on to those perceived to be the source of the suffering.

There are those within religious circles who desperately need to be educated about sexual orientation and gender identity, but possibly there are some within our community who need a good dose of therapy or training in communication skills.

So next time you feel like retaliating; think before you respond. As I’ve said in my article 15 things I've learnt about discussing homosexuality and Christianity “Winning is not the goal, communicating effectively is. To speak intelligently, rationally and graciously requires skill and patience”. To shoot of a quick angry response doesn’t require intelligence; emotion is the driving force.

There is a proverb I have found helpful to live by. “A gentle response defuses anger, but a sharp tongue kindles a temper-fire. When wise people speak, they make knowledge attractive, but stupid people spout nonsense.”

Back to the Madden video. I thought this simple comment was the most profound amongst the thousands.

“At first I laughed. I thought it was a joke. Then I cried a little inside”. jadey1928.

Please leave your comments, thoughts and additional insights below.

Anthony Venn-Brown is the co-founder and former leader of Freedom 2 b[e], Australia’s largest network of LGBT (lesbian, gay, bisexual, transgender) people from Christian backgrounds. He is also an educator and consultant on LGBT/faith issues and leader in deconstructing the ‘ex-gay’ myth. Anthony’s autobiography 'A Life of Unlearning', details his journey from married, high profile preacher in Australia’s mega-churches to living as an openly gay man. Anthony has been twice voted ‘One of the 25 Most Influential Gay and Lesbian Australians’ (2007 & 2009) and this year was one of four finalists for the ACON Community Hero Award.