What are we doing for LGBT people of faith and religion?

Since 2004, when my autobiography 'A Life of Unlearning'

was released, I have been privileged to be the first contact point for 1,000's of LGBT people from faith and religious backgrounds; especially those experiencing faith/sexuality conflict within strongly biblically based contexts. It’s a like my inbox has become a microscope into a hidden world as many isolated and alienated people have found someone they relate to; often for the first time. Common themes have emerged from the many emails I’ve received, listening to individual stories and from the stories posted on the Freedom 2 b[e] forum. Telling Our Stories

LGBT people of faith and religion are an emerging group whose specific needs have not always been identified or catered for. As this group begins to connect with the LGBT community and services, community workers and service providers need awareness training to work more effectively with the target group. Funding is required to set up programs that will meet their needs.

To date I’ve not been able to find quantitative data on this target group only anecdotal. Some research highlights individual aspects but doesn’t cover all these areas listed below adequately. Therefore I’m creating awareness in the academic world and the LGBT community of the need for research about this specific issue and demographic and also seeking any reliable data you may know of. 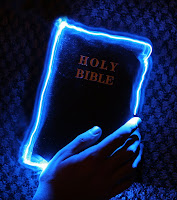 LGBT people from faith and religious backgrounds experience the usual issues of resolution, coming out, finding their place in the community and learning what it means to be gay or lesbian in a predominately straight world. They often however, experience these things with greater intensity and have additional issues to deal with.
Although beliefs systems are different, people from strong Christian, Islamic or Jewish backgrounds face similar issues.


Considering all these factors, my belief is that, LGBT people from faith and religious backgrounds are possibly one of the highest risk groups of: 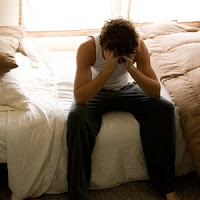 1. Potential and real suicidality. The larger proportion of the emails mentions either thoughts of, or attempts to suicide.
2. Mental health issues. The dissonance cause by the perceived conflict of faith and sexuality causes stress and depression.
3. Self destructive behaviours. When people are rejected from, or leave their religious backgrounds, they are left with strong feelings of failure and shame. Poor self-image leads to unhealthy behaviours. Some believe they will go to hell for accepting their homosexuality and this belief plays out in high risk activities – a slow form of suicide.
4. Obsessive behaviours and addictions. It’s not uncommon for someone who has suppressed or denied their sexual orientation to develop unhealthy behaviours which get out of control.
5. HIV & STI infection. Most people from church backgrounds don’t have access to safe-sex education and therefore, if sexually active, are at higher risk.
6. Discrimination. LGBT people of faith can often experience discrimination not only from their religious community but also at times from within their own LGBT community.


LGBT PEOPLE OF FAITH AND RELIGION: THE ISSUES THEY FACE AND SPECIFIC NEEDS from Anthony Venn-Brown on Vimeo.

If you are researching in this specific area I'd like to hear from you. We have also developed a research collective in this area you might be interested in.

Anthony Venn-Brown is the co-founder and former leader of Freedom 2 b[e], Australia’s largest network of LGBT (lesbian, gay, bisexual, transgender) people from Christian backgrounds. He is also an educator and consultant on LGBT/faith issues and leader in deconstructing the ‘ex-gay’ myth. Anthony’s autobiography 'A Life of Unlearning', details his journey from married, high profile preacher in Australia’s mega-churches to living as an openly gay man. Anthony has been twice voted ‘One of the 25 Most Influential Gay and Lesbian Australians’ (2007 & 2009) and this year was one of four finalists for the ACON Community Hero Award. He is also the founder and director of Ambassadors &  Bridge Builders International ( www.gayambassador.com )  .