Apr 5, 2010
MARRIED EX-GAY = SITUATIONAL HETEROSEXUAL
Situational heterosexuality is the most misunderstood concept
in the ‘ex-gay’ and Christian worlds

‘Situational heterosexual’ is a term I’ve used for several years to describe myself when people have asked how I could have been married for so many years and yet be gay. This term has also helped people gain a clearer understanding of what really happens when someone who is homosexual marries someone of the opposite sex and claims change. Confusion about what really happens in these situations still exists and often wrongly reinforces the ‘homosexuality is a choice’ and ‘homosexuals can change’ myths.

How often have you heard someone say something like this ‘They couldn’t be gay, they’re married’ assuming that having a wife by your side and produced children means a person must be straight. When someone says that to me, I just smile......remain silent for a while having been a gay man in a heterosexual marriage) and wait for what I’m actually thinking to sink into the consciousness of the person who made the naïve statement.

osexuality’ is used to describe same sex behaviours in prison, the military, single sex boarding schools, or other sex-segregated communities, where members of those communities might engage in homosexual activity or relationships. Once they come out of that situation they have not become homosexual, they revert to their natural orientation; sex and relationships with the opposite sex. It’s only the situation that created the behaviour; the orientation wasn’t changed.


CONFUSION OVER BEHAVIOUR VS ORIENTATION

People who believe that a heterosexual marriage and children are proof that a person is no longer homosexual seem to be ignorant of the true dynamics of sexual orientation and have a simplistic view of sexual behaviour. Alfred Kinsey’s ground breaking research (late 40’s and early 50’s) in the area of human sexuality revealed many things. Whilst not all his discoveries have become standard psychological practise he opened the way for us to look at human sexuality in more realistic terms instead of making assumptions based on a Victorian, repressed and ignorant cultural mindset. Kinsey developed a seven point scale with 0 representing individuals who had only heterosexual intercourse and with 6 representing those who engaged in only same-sex activities. This created the concept of bi-sexuality and that some people may, from time to time, engage in same sex behaviours but not actually be homosexual in orientation.

Kinsey and his associates found that 37 per cent of the males and 13 percent of the females in their sample had had at least one homosexual encounter. Are these people homosexual in orientation, bisexual or heterosexuals who were playing up, being opportunistic or experimenting?

1. The gender we are attracted to sexually
2. The gender we fantasize about
3. The gender we desire intimacy and affection with
4. The gender we are likely to fall in love with
5. The gender we want to partner with
6. How we identify ourselves
7. With all social, religious and legal restrictions removed and the opportunity to have sexual experience with either gender, which one would we honestly chose. Or as one person put it to me recently ‘In the morning, whose arms would you like to wake up in.’

So a person’s sexual orientation is determined by much more than their sexual behaviour. Or to put it another way, our sexual behaviour, solely, doesn’t indicate our sexual orientation. Genuine bisexuality would also include all of the above with either gender. Some people think they are bisexual because they have had sex with both male and female. I know I thought that for years but this is not necessarily true. For some people using the bisexual tag/identity is a useful and safe place for them to pause on their journey to accepting their gay self/identity.

I’d like a dollar for every time I’ve received an email from someone seeking help telling me they are ‘struggling with same sex attraction’ (SSA). The term SSA is frequently used in the ‘ex-gay’ world by individuals and in their literature. The phrase 'same sex attraction' is usually a deliberate choice to move the person’s perception of their sexuality away from an orientation (which gives it a scientific basis and is innate) to a behaviour (which can be suppressed denied or 'possibly' changed).

SO WHAT IS ‘SITUATIONAL HETEROSEXUALITY’?

‘Situational heterosexuality’ is when a person who is same sex oriented enters a heterosexual marriage and has a degree of ‘heterosexual functionality’. This is not a change in orientation only behaviour; created by the situation.

HOMOSEXUALS IN A HETEROSEXUAL MARRIAGE – WHAT IS REALLY GOING ON?

You will often find men and women in the ‘ex-gay’ world speaking of their marriage as evidence that they are no longer homosexual. Those who are honest though, tell us they still have to deal with temptations, thoughts and desires towards the same sex. Some ‘ex-gay’ leaders in Australia have been honest enough to admit to ‘strugglers’ that ‘they will always walk with a limp’, meaning the gay never really goes away. In an interview with the Los Angeles Times, Alan Chambers, the director of Exodus (the global umbrella organisation for ex-gay ministries), sent shock waves through religious circles, when he stated that, "By no means would we ever say change can be sudden or complete," and that he was uncomfortable with the term 'ex-gay' as he doesn't think he's ever met one. Even after years as a husband and father he still struggles at times with homosexual temptation.

It’s not uncommon for men who have suppressed, denied and hated their same sex orientation to develop a sexual addiction or obsession. When they get married they have a sexual outlet which is free of shame and guilt and much more socially and religiously acceptable. This is a great relief for them to finally feel ‘normal’, ‘wholesome’ even ‘pure’. As one research project clearly pointed out they had had sex with 100’s men once and sex with one woman 100’s of times. It is easy to see how they and others confuse this new found experience with the opposite sex as evidence of change. They do however conveniently ignore the fact that any infidelity within the marriage would never happen with another female, it would only ever be with a man.

What many of us have found out, finally leaving the heterosexual marriage to live as openly gay men and lesbians, that being true to yourself, instead of moving us into a life of promiscuity and sexual abandonment, actually releases us from the addictions and obsessions and new sense of morality and control emerges. Why didn’t someone tell me that when I was 18? 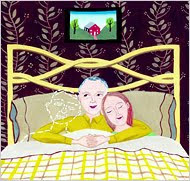 From my experience, working with 100’s of people in these situations, ‘situational heterosexuals’ rarely experience the depth, frequency or diversity of sexual experience that genuine heterosexuals couples do. One client sadly admitted to me that after many years of marriage he couldn’t recall one moment of intimacy, even though they had sex fairly regularly throughout the marriage. He didn’t actually know what intimacy was as his sexual experiences with men before he got married were mostly brief encounters with no affection or real connection, driven by his addiction and clouded with shame. It wasn’t till he came out and fell in love with a man that he discovered intimacy within that relationship and had a life experience to make a comparison. Others have confessed that in order for them to perform in the bedroom they had to fantasise having sex with men. Others, in the end, just tried to avoid it after years of feeling a sense of duty and obligation no longer worked. What a tragic situation for all concerned.

THE SADDEST THINGS ABOUT THIS SITUATION

This false assumption by many that a heterosexual marriage means a person is no longer homosexual has caused much unnecessary suffering.
These are very tragic and unnecessary outcomes for all concerned.
Whilst I’m grateful for the years of married life and the lovely children and grandchildren I’ve had, I also have to live with the knowledge that I have been the source of the greatest trauma, pain and shame in the lives of the people I cared most about. Could I have turned back the hands of time I would not have chosen that for them or myself.


After Ron Brookman from the 'ex-gay" program Living Waters declared proudly that he recently  performed marriages for three men he had helped become 'ex-gay' a former wife of an ex-gay man had this to say.

I'm sad for Ron Brookman's wife, and for the wives (and children if these marriages don't make it) of the other two men he talks about in this interview. I'm sad for everyone who will believe what he says. I'm sad for myself... separated, now divorced from my Christian, closeted, gay-in-denial ex-husband (also in ministry). I'm sad for my ex-husband's first wife and children. I'm sad that he quite possibly will do this again to a 3rd woman because of fear and shame, and because of messages like this one from Ron Brookman that say that it's possible to be a "former homosexual". I support equality in marriage. I support honesty, authenticity, and integrity. I'm a Christian, but sadly the Australian Christian Lobby or Ron Brookman doesn't want or welcome my point of view. And... I should also have said that I'm very very sad for my ex-husband, and for all the unnecessary anxiety, depression, fear and shame that keeps him in the closet.

Anthony Venn-Brown is the co-founder and former leader of Freedom 2 b[e], Australia’s largest network of LGBT (lesbian, gay, bisexual, transgender) people from Christian backgrounds. He is also an educator and consultant on LGBT/faith issues and leader in deconstructing the ‘ex-gay’ myth. Anthony’s autobiography 'A Life of Unlearning', details his journey from married, high profile preacher in Australia’s mega-churches to living as an openly gay man. Anthony has been twice voted ‘One of the 25 Most Influential Gay and Lesbian Australians’ (2007 & 2009) and this year was one of four finalists for the ACON Community Hero Award. He is also the founder and director of Ambassadors &  Bridge Builders International ( www.gayambassador.com )  .