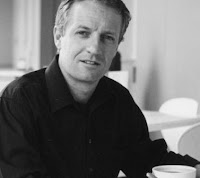 It is relationships and what those relationships have contributed to my life that has made the most significant contribution to who I am today. I have always considered it a privilege to have known gay and lesbian individuals. They have taught me much, they have challenged me and those relationships have changed me. As a heterosexual man and previously an ordained minister of religion, empathy for gays and lesbians did not come naturally. My Christian faith taught me to be compassionate, and to a point tolerant, but it has been my continued relationship with same sex orientated people that has led me to empathy and advocacy for these individuals, and it has been a difficult journey. I determined at the outset of this journey that honesty would be my guide as I navigated the issues that impacted on my understanding of same sex orientation. I would be honest as I applied what I learned to what I experienced and I would be honest with myself, my family, friends and mentors.

I find myself now at a point on this journey of regret and the need to make public my apology. It was many years ago now that with good intentions and motivated by compassion I lead a series of church based therapeutic small groups that were intended to offer love, support and guidance to homosexual individuals. It is my personal view that while my intent was well meaning it was, with the benefit of hindsight and experience, misguided.

It was in the late eighties and early nineties as a young Assistant Pastor that our church utilised the Living Waters program developed by Andrew Comiskey. I was one of a team of caring church members who were trained in the facilitation of the therapeutic small group process. There seemed to be a gay and lesbian community on the church’s doorstep looking for hope. Most that came to our church and participated in the program were looking for healing and wholeness and that hope, included their sexual orientation reorientating towards the opposite sex. We told them that God loved them and that God would heal them, we taught them what we thought the Bible said about healing and about sexuality, we prayed with them, we showed them love and we accepted them. But we never accepted their homosexuality. In fact we told them that while God loved them, God hated the sin of their homosexuality. I have since learned that it is this message that has caused so much harm in the lives of so many who came to us looking for hope. After approximately 3 years facilitation and subsequently many more years observation of other similar programs I have seen these hopes dashed rather than fulfilled and the consequence being a range of social, emotional and psychological problems for those whom we were compelled to help.

I sat down with a man who had been part of that church program. It was many years after I had stopped facilitating the program and had lost contact with him. I saw him on Facebook and he had recently come out to his Christian fundamentalist family and friends declaring that he had accepted his homosexuality and since he had his life had changed dramatically. His story made a significant impact on me. He had tried every church ministry and therapeutic program he knew of but his efforts to be healed of his homosexuality only compounded hopelessness in his life and fed the anxiety about what he had been told concerning the eternal consequences of his lifestyle. In other words, he would go to hell. The psychological consequences were depression and sexual addiction.

I have since learned that this story was typical of those who had participated in these restorative programs run by the church. I was challenged to review my theological position if I was to continue to allow honesty to be my guide. To my surprise there was a growing body of theological works that were reconsidering what scripture said about same sex orientation and the role of scripture in the life of the religious follower

My experience and my research have brought me to the conclusion that sexual orientation in most cases occurs naturally and not the result of nurture. I am sorry that my response was too reject an individual’s sexual orientation, to deny them the opportunity to be fulfilled in love and for the dysfunction and harm that that may have caused. I have seen firsthand when quite dysfunctional individuals with same sex orientation accept themselves and find acceptance from others recover and develop into healthy, functional people.

Thought this piece from Randy Thomas's (Vice President of Exodus) apology was important to add to this.


"I look back on my time as a Living Waters coordinator (eleven years ago) with the most remorse. Even though there is some good in this program, it often ripped open old wounds in the name of healing by attempting to manufacture an environment for the Lord to work in. I have to apologize for the times some people may have felt manipulated to bare their souls to a group full of strangers. I apologize for any pressure we, on the Living Waters team I led, might have placed on group participants as we tried to help them cultivate 'authentic experiences'.” Randy Thomas Vice President of the soon to be totally shut down Exodus.