What is 'unwanted' same sex attraction? 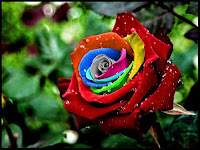 Shakespeare said "a rose by any other name would smell as sweet" but in the ex-gay/conversion therapy world it's all about semantics. I'm sorry honey, you may call it 'unwanted same sex attraction' but let's call a spade a spade; YOU'RE GAY!

Whilst the fundamental beliefs (homosexuality is a flawed, unnatural human experience, a choice, a sin, and it can be changed) remain the same, many things within the ex-gay world have changed over the last four decades since its formal existence (Exodus founded 1976). The most dramatic of these being the recent rejection of the reparative therapy model.

A more subtle and often unnoticed change has been the wording and terminology that is used.

Why the change in terminology?

There were several reasons for the change.

Firstly, Christian men and women who were same sex oriented didn't want to use the term homosexual, let alone adopt the identity. This shift had already happened within the lesbian, gay and bisexual worlds many years before as there were too many negative connotations attached to the word homosexual. The word homosexual these days is mostly used in a clinical/academic sense (homosexual/heterosexual) or by religious anti-gay groups and people who refuse to use the term 'gay'. For people wanting to rid themselves of their homosexuality the term unwanted same-sex-attraction was nicer/softer.

Secondly, using the phrase 'same sex attraction' was a way of distancing themselves from the term 'same sex orientation' that was becoming popular in academia. A sexual orientation (same, opposite or bi) is far more fundamental/innate than an attraction. Having unwanted same sex attractions could be perceived as being more about feelings, thoughts or emotions than behaviour or who you are oriented to fall in love with. The term same sex attraction is often used in academia these days, particularly with youth. The acronym LGBT (lesbian, gay, bisexual and transgender) had a Q added to it.  This often referred to the inclusive word 'queer' but was also used for 'questioning', meaning young people still trying to sort out their identity and not able or willing to take on a gay or lesbian identity at their stage in life.

Thirdly, an ex-gay philosophy often promoted is 'no one is gay, deep down inside we are all heterosexual. You have attractions to the same sex because you are broken'   Using the term 'same sex attractions' once again is an attempt to distance themselves from the reality of their true orientation. I cover that in more detail here. Acronyms like SSA or USAA are used to sound clinical, like an illness such as MS or dysfunctional behaviour such as PTSD. People with 'unwanted same sex attraction' strongly resist adopting a gay identity, so acronyms like SSA or USSA is another way of distancing themsleves from that. Heterosexuals don't walk around talking about their OSA or there unwanted opposite sex attraction (UOSA).

Finally, the change to 'unwanted same sex attraction', was a way for ex-gay organisations to have the pressure taken off them from pro-gay groups. In other words they could say  'but we only work with people who have 'unwanted' same sex attractions'. They would never say it is okay to be a Cnristian and gay, however, because then their message to the 'unwanted's' becomes redundant.

More recently, terms like 'sexual brokenness' or 'relational brokenness' are used to describe the same thing. If you do an analysis of 'ex-gay' stories, particularly the high profile ones, you find common elements. They ARE broken. They always include stories of sexual abuse, sexual addictions/obsessions and screwed up childhoods and relationships. What they fail to see is that their brokenness is not caused by their sexual orientation itself but their response to it including self-hatred, denial, suppression, fear, secrecy and unhealthy behaviours. No wonder they end up in such a mess.

The term 'unwanted same sex attractions' is also being used these days on  Islamic websites and forums.

Why is the same sex attraction 'unwanted'?


This is the big question but pretty obvious when you think about it. 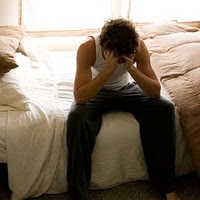 If you want to know why the unwanted same sex attraction message is no longer relevant you can read this article. 'Spiritual Gays' ......an oxymoron?

Peter Janetzki, on the Brisbane Christian radio station 96.5 FM, talked with Paul Wegner from Liberty Inc about unwanted same sex attraction. I think this ten minute snippet from the two hour show will give you some idea about how defensive people have become about the term 'unwanted same sex attraction'. Maybe one of the reasons they were so defensive was because of this.