Email to a Megachurch Pastor 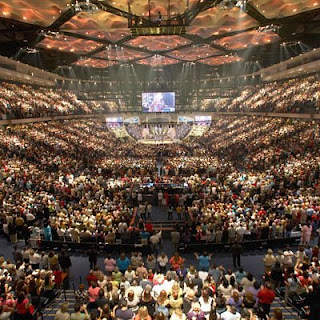 I won't identify which mega-church pastor this is or what country they are from. In good time all will be revealed and it will be their prerogative.

WHY AM I POSTING THIS HERE?

I am posting this recently sent email to encourage people about the level of dialogue that is going on with some pentecostal leaders.
Hi …….…..


Sorry about the delay in getting back to you. Things get rather hectic trying to run a business, do all the community work I do and respond to the constant stream of requests for help my autobiography has created.

Thanks so much for sending me the chapter ………………..of your soon to be published book. I read through it about a week ago and found it refreshing. We are very encouraged to find that there are a growing number of Evangelical/Pentecostal leaders who are willing to question firstly, if their attitude toward gay people has been Christlike and secondly if possibly our teachings about homosexuality have been more influenced by a cultural mindset and personal biases than a genuine reading of the scriptures in the light of historical/cultural contexts and with a sound knowledge of the original languages. I must take ownership for this myself.

I have been doing this work now since my autobiography was released (2004). From that time I became the first port of call for many 1000s who have left the church because it was believed their sexual orientation meant there was no place for them at the table. The stories I’ve received are heart wrenching and include rejection by friends and family, gross insensitivity, lots of judgement and stereotyping and an embarrassing lack of understanding about sexual orientation. The most tragic outcome has been suicide, of which we will never be able to accurately count the cost. No note…..the secret kept because of the perceived shame…..the internal torment driving them mental. Most gay and lesbian people from church backgrounds are familiar with these things.

Many have lost their faith or are in no man’s land with a remaining relationship with God but a sense that they will only be accepted if they are heterosexual. This of course has caused an enormous amount of unnecessary suffering. I think the most tragic thing in all this, is that it has been done backed with the name of Jesus Christ. A recent survey revealed that around 90% of non-believers see Christians as anti-gay and judgmental. So possibly now the church is reaping what it has sown. That is, judgement and stereotyping. As the church has done to the GLBT community so now the world is doing to them. Interesting theory don’t you think…..hehe.

In Australia there are now a number of mega-church leaders who are on the journey of questioning. Some have come to the point where they now welcome gay and lesbian people unconditionally. Five Pentecostal ministers signed an apology to the GLBT community last year. The Assemblies of God re-wrote their statement on homosexuality after I had a meeting with national executive and Brian Houston issued an important statement on sexuality saying ‘we don’t have all the answers’ ….a new place to the many years we’ve had where everyone believed they did.

It’s a new day and we welcome the change in attitude and willingness to dialogue. This is the model I’ve created and work with. You might find the concept useful as you move forward in this area.
It was very kind of you to send the draft of your chapter and ask for feedback. I feel honoured that you would consider my input valuable. I also went to your website as you suggested and read the entries and watch some of the videos…. my observations and feedback are based on these three things.
In your chapter ……………… the spirit of love and acceptance comes through. There is some wording that I feel undermines the spirit of your message and I would change for two reasons.
1. It sends the wrong message to GLBT people and is offensive to them
2. It reinforces an incorrect perception many Christians have of gay and lesbian people.
The particular changes I would recommend are listed below.

1. The term ‘gay & lesbian lifestyle’. It’s a term frequently used in Christian circles which is quite offensive to the majority of our community because it incorrectly portrays the lives the majority of us live. When the term ‘gay lifestyle’ is used people are referring to a lifestyle of self-destructive behaviours, substance abuse, partying and meaningless sexual encounters particularly focused in geographical area known as the ‘gay ghetto’.
Considering that this lifestyle is
a. not lived by the majority of gay and lesbian people
b. a subculture of the community
c. also lived by heterosexuals as well
………..it is inappropriate to use the term so generally.
The majority of gay and lesbian people never venture into the ‘gay ghettos’, are embarrassed by some of the stereotypes and behaviours, have a sense of morality and lead such normal lives…. consider themselves almost boring….hehe. I noticed this term is used regularly in the videos as well. I cringed every time I heard it.

The incorrect use of this term has been a contributing factor to many a Christian young person’s demise.

If I am a young gay man in a church and all I’ve ever heard about is the ‘gay lifestyle’…..then if I feel I must be honest about my sexual orientation, I’ve been conditioned to think there is only one way to express that…..so what do I do…..head off the nearest ‘gay ghetto’ and begin to live the ‘gay lifestyle’. I feel the church’s lack of understanding about our community has contributed to the self destructive lifestyles and even HIV infection of some who have left or been rejected from the community of faith.

I often use the analogy of the iceberg. We have two very separate things 1. The tip of the iceberg – the ‘gay scene’ (10%). This is often the only thing people see as it is visible and promoted in the media. 2. Underneath the water though, 90% of the iceberg is unseen. This represents the larger portion of the gay community; people who are not as visible because they live ‘normal’ lives in everyday society. Many peoples false assumptions about gay and lesbian people and the way we live our lives is based on the visible tip of the iceberg.

So in essence using these terms in your book, from the pulpit and on your website will reinforce stereotypes and will turn off the very people I think you want to reach out to.

3. The term struggling with their homosexuality: This is a term we often hear and one I’ve used myself in the past. I no longer struggle with my homosexuality. I’ve totally accepted that I’m same sex oriented and not heterosexual. My sexual orientation is not a sickness that needs to be healed and I’m not broken and need fixing. So would I be welcome to attend your church? I often say now that I struggled to reconcile the perceived conflict between my faith and sexuality.

4. The testimonials of the men interviewed reinforce outdated concepts. Listening to the interviews on your site their stories give the impression that their homosexuality was caused by sexual abuse or a lack of a healthy father figure. The ages of the men giving testimonials might be an influence on their stories and concepts. These theories existed several decades ago but have since been discredited by reliable and repeated scientific research. It actually doesn’t take long, being a part of the gay community, to realise that so many of us were never sexually abused and have wonderful relationships with our parents. And what about all the men who had dysfunctional relationships with their fathers but turned out heterosexual? I totally understand how many pastors have come to a false assumption though and I speak about this in point 8 on the site Why We Got it SO Wrong. Possibly the ‘lifestyle’ these men used to live was not so much about their homosexuality but their self- loathing. As Jesus said so clearly when he summarised the commandments. ‘Love your neighbour as you love yourself’. Love of self is fundamental to a healthy and fulfilling life and is second only to the first…… to love God with all your heart, mind and soul.

I do apologise for the length of this email but I thought it important to communicate my thoughts clearly. I’m sure they will be some further questions you might like to ask of me. Please fire away…..I’ll do my best to answer honestly and as sensitively as I can. I hope you don’t find this communication too direct.
I promise in the future that I will be briefer.

Anthony Venn-Brown
Internationally accredited Professional Coach (www.anthonyvennbrown.com)
Award winning author of 'A Life of Unlearning - A Journey to Find the Truth'
Co-convenor of Freedom 2 b[e] (www.freedom2b.org)
Honoured to be on the inaugural list of the 25 Most Influential Gay & Lesbian Australians